Pepsi Scholars at Ohio University is first-year leadership program and scholarship for freshman students to explore their leadership development through four phases. It is designed to effect positive changes in themselves, others, society, and campus.

The four phases are Establish, Empower, Effect, and Evolve. The first two are done in the first semester and second two are worked on in the second semester. It is a year-long program that develops Ohio University students leave a legacy on campus.

This phase is all about learning about yourself as a leader. During this phase, Pepsi Scholars complete the Strengths Finder Assessment to find their individual strengths, who they are as leaders and what their personal values are.

Empower is all about team building. Pepsi Scholars find out how they can use their leadership styles to work with other leaders during Empower. During the spring, Pepsi Scholars participated in a camping retreat at TiPi’s of Timber Ridge in Hocking Hills. There they participated in bonding activities and outdoor pursuits with Campus Recreation.

The Effect phase is about community service. This semester, Pepsi Scholars went to Southside Community Gardens for some manual labor! Southside Community Gardens is apart of the Community Food Initiatives organization in Athens. The garden produces a lot of vegetables and crops for local restaurants uptown and throughout Athens. While they were there, Pepsi Scholars were responsible for weeding pathways and re-mulching pathways, watering out Donation Station plot, harvesting anything from our Donation Station plot, weeding Donation Station Plot and turning the compost piles. 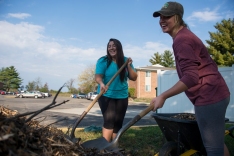 The last phase is the Evolve phase. It might just be the coolest phase yet. In this phase, the Pepsi Scholars go to a national leadership conference in Orlando, FL called Lead365. There they meet with other student leaders from all around the country, hear motivational speakers such as Judson Laippley (World’s first YouTube Celebrity) and Hoan Do (City Finalist on American Ninja Warrior) who shared their stories and gave tools for improving one’s confidence and leadership abilities. They also participated in leadership breakout sessions and smaller groups to build confidence as leaders. All of these efforts are done in hopes that the Pepsi Scholars will make changes on campus. The leadership conference is three days long. During their time in Orlando, the Pepsi Scholars went to Universal Studios and City Walk! And the best part is, it’s all funded by Pepsi. 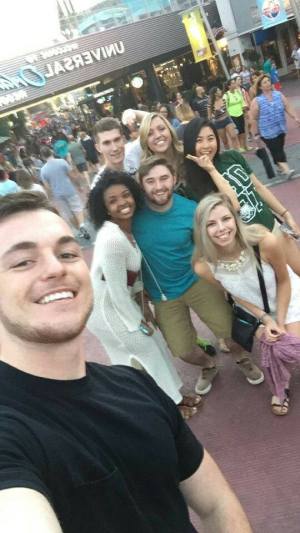 The last part of their duties as Pepsi Scholars is “Leaving Your Legacy.”  This is the part where they develop a 3-year plan to use what they learned with Pepsi at OU to leave their mark before they graduate.

So, what do you think? Do you want to be a Pepsi Scholar now?